Castella, or Kasutera, is a popular Japanese sponge cake that was introduced to Japan by the Portuguese so it is quite similar to Madeira cake or Pão-de-ló, which is also a Portuguese cake. In Japan, Castella (Kasutera) is now a specialty of Nagasaki city and is commonly sold in long boxes at festivals and street stalls. It is made out of only four basic ingredients: bread flour, sugar, eggs, and honey; because it is such a simple and plain flavour, it can be customised and adapted in endless ways! So you can make it any flavour you can think of. Some of the most popular in Japan are brown sugar and matcha (green tea) flavour. 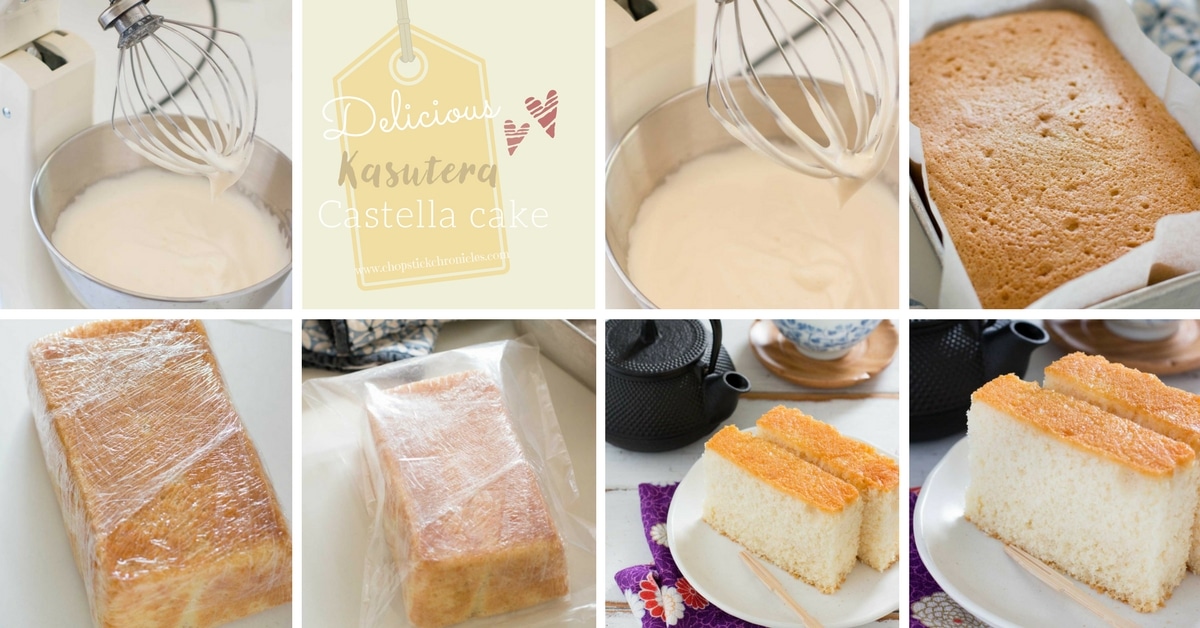 I would like to share the most basic and plain Castella. It is such a basic cake but has actually been quite difficult for me to make to be honest. You need to follow the instruction and kind of know how much you need to beat and whip up the egg and sugar then add honey and mirin. Then fold in the flour. I made  one that was too dry and one that deflated after taking it out of the oven. It has been hard for me to get it right. You also need to know your oven well too because this cake requires baking in 180 degree for 10 minutes then turn the temperature down to 150 to bake for about 30-40 minutes. The baking time is indication only and you need to adjust this time according to your oven. 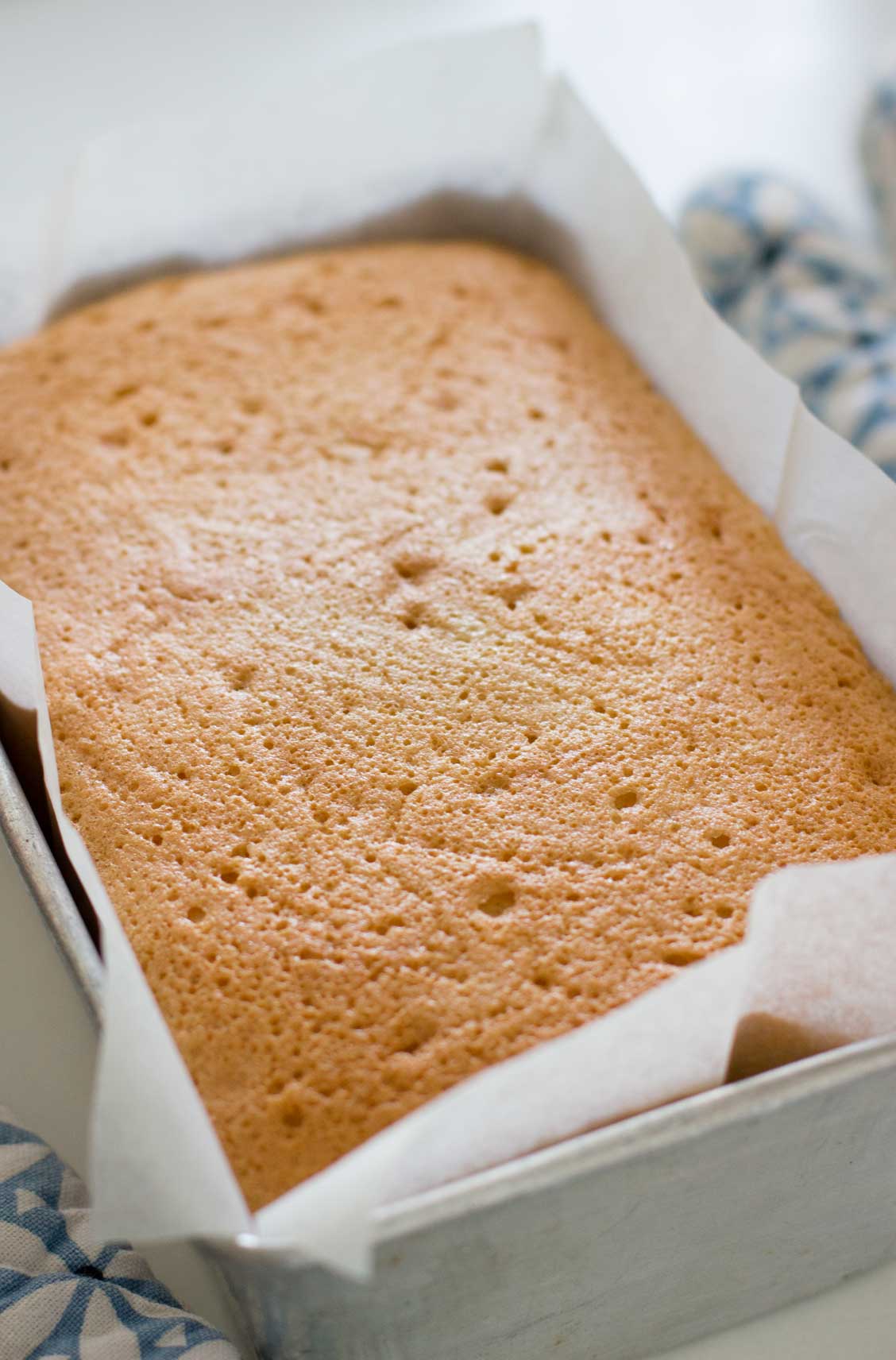 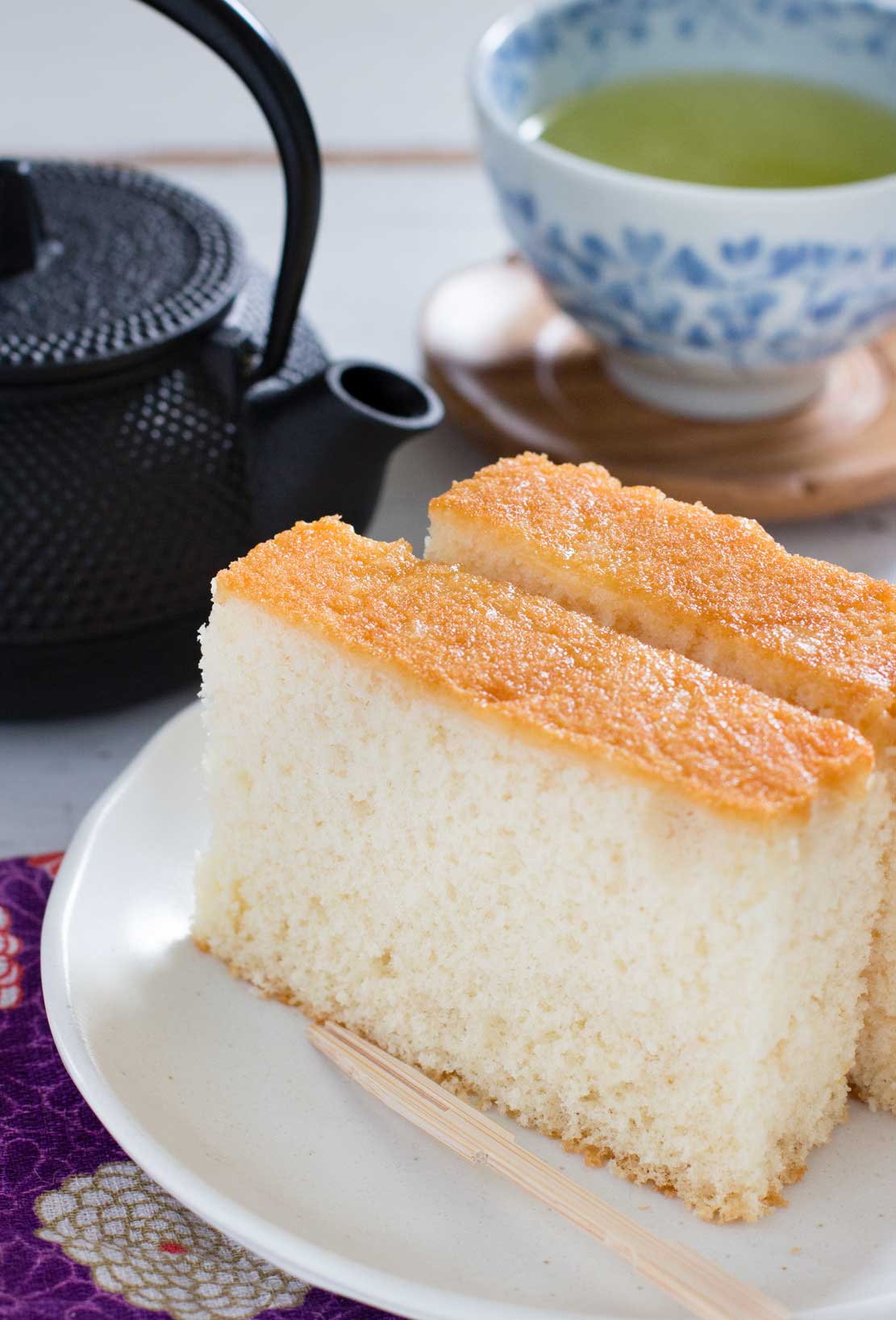 Although it’s just a basic flavour, it’s not dull and tasteless. It actually has a flavourful honey taste to it, which makes it sweet and very yummy. The honey also gave it an amazing smell that filled the whole house, especially when it was fresh from the oven. However, don’t be tempted by the smell to take the cake out and cut it straight away, it needs to settle for a while to take form. Kasutera can be stored in fridge for about a week and in freezers for a few months. Wrap the slices individually with cling wrap then stored in ziplock bag.