Renkon chips with amazu sauce is a staple and popular appetiser in many Japanese restaurants in Brisbane. I always order renkon chips when I go to any Japanese restaurant. “Renkon” means lotus roots in Japanese and because it is popular appetiser, many people know that “renkon” is lotus roots nowadays. However, it is a little hard to get renkon but  I have just found out that frozen renkon packets are now available from Japanese grocery stores in Brisbane. You could always buy pre-cut Frozen renkon , but they were too thickly cut so it was not really suitable for deep fry. 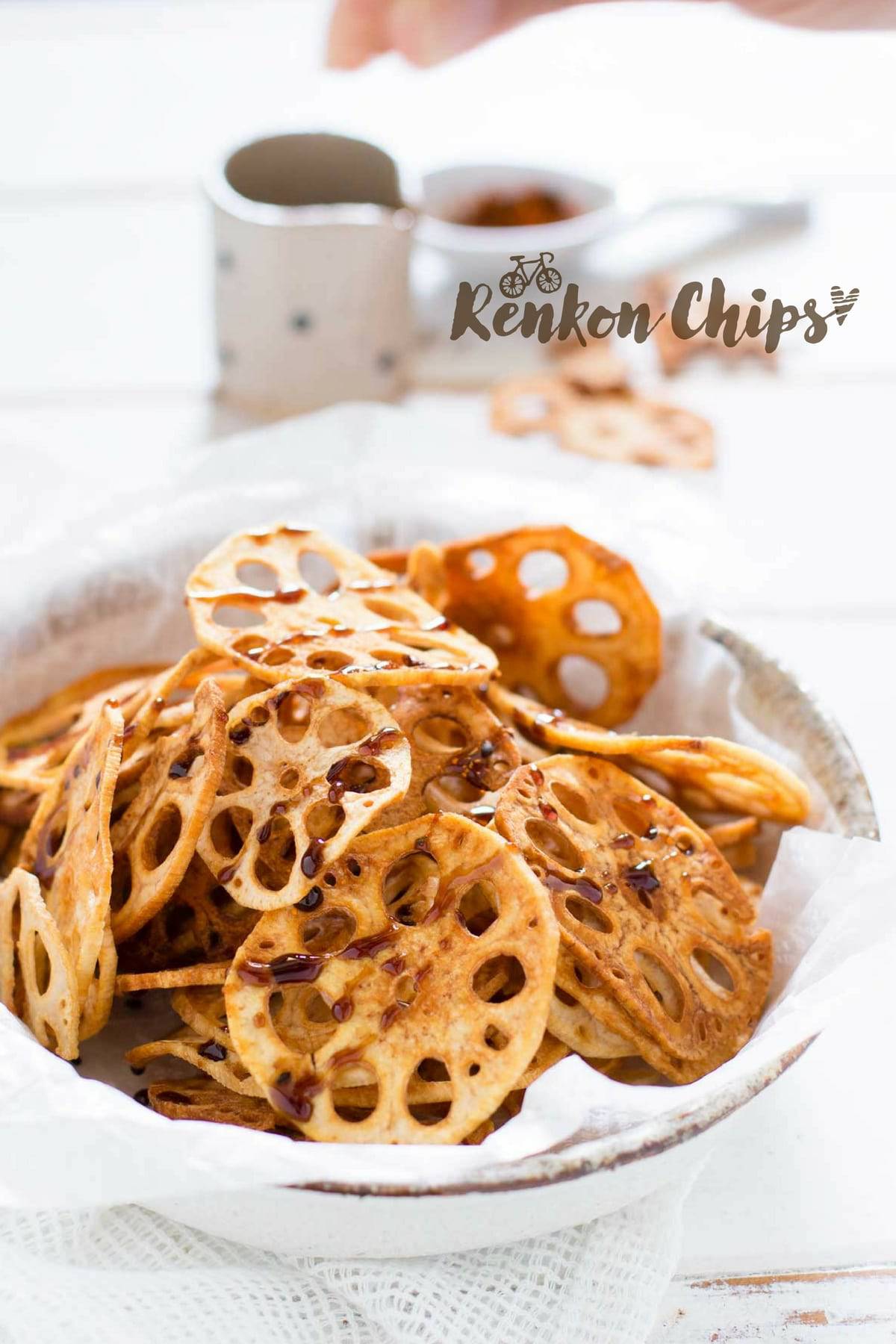 The new frozen sliced renkon is sliced in about 3mm thickness which is ideal for making the renkon chips in my opinion. Last time I made the renkon chips, I found raw renkon in a Chinese grocery store and I sliced them to 1mm thickness. When sliced renkon is deep fried, if it is too thin they shrink a lot and become chewy. I did not have a slicer that can change the thickness at that time, but if you can find a slicer that you can adjust the thickness, it is best to slice the renkon in 3mm thickness. You also need to leave the sliced renkon in a bowl of water to avoid the renkon becoming discoloured. You can check how to cook renkon from scratch in my old post here.  The most convinient and the quickest way is to use frozen ready to use sliced Renkon packet. 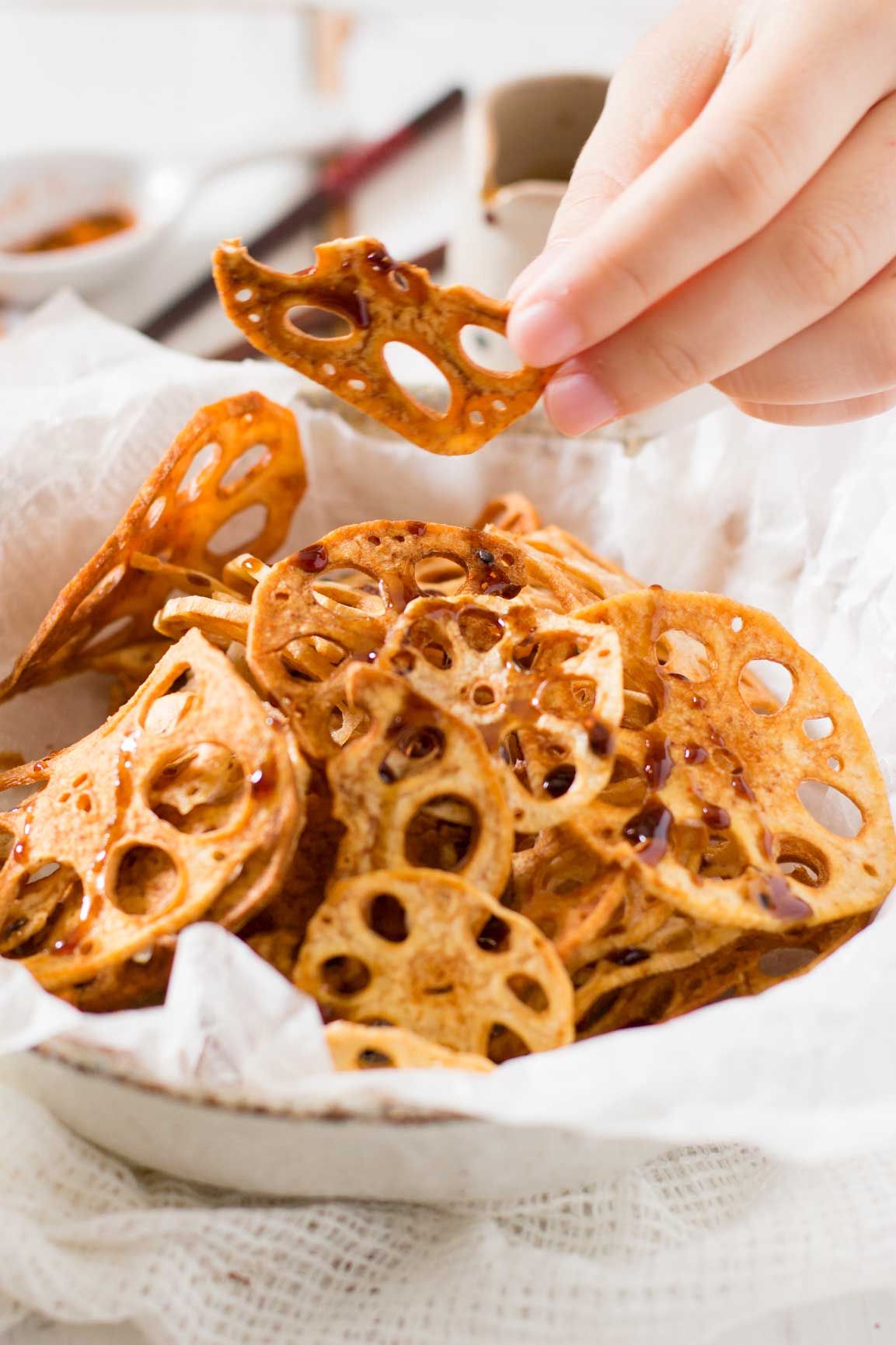 I also add Amazu sauce and Shichimi Togarashi spice this time. I had Renkon Chips at a Japanese restaurant in Brisbane and the renkon chips there were served with some kind of sweet soy sauce and shichimi togarashi. I wanted to recreate the sauce because it was so delicious.

“Shichimi togarashi” is a spice powder that I and most Japanese people add when we eat Udon noodle soup. Shichimi Tougarashi is 7 (shichi) flavour (mi) togarashi (chilli powder). It usually contains chilli powder, black sesame seeds, white sesame seeds, Sansho (Japanese pepper), ginger, and seaweed. A pinch of Shichimi Togarashi really gives  a huge flavour kick to the renkon chips. Try shichimi togarashi if you can get the spice. 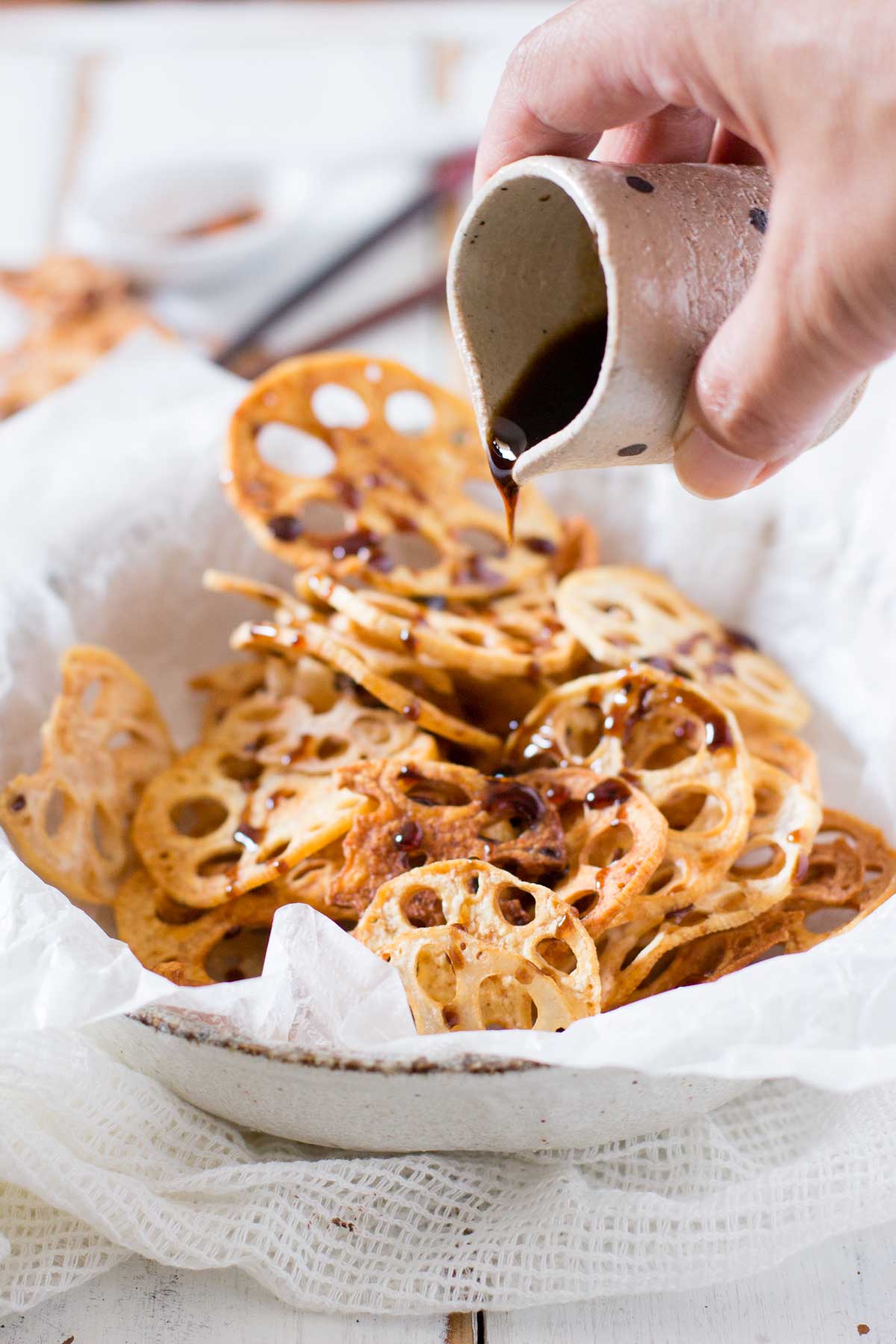 I cooked about 250g of Renkon chips. My daughter munched a little being a photo model!! And when I finished taking photos I had some too and when I realised, they were all gone! I could not resist and ate them all, whoops. 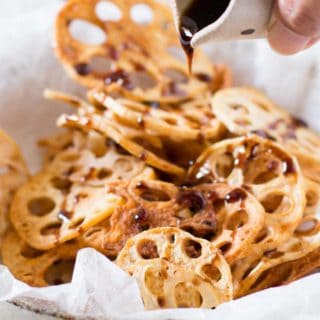 Shichimi Togarashi is seven mixed chillies. If you can not get it, you can omit this or use chilli powder or flake 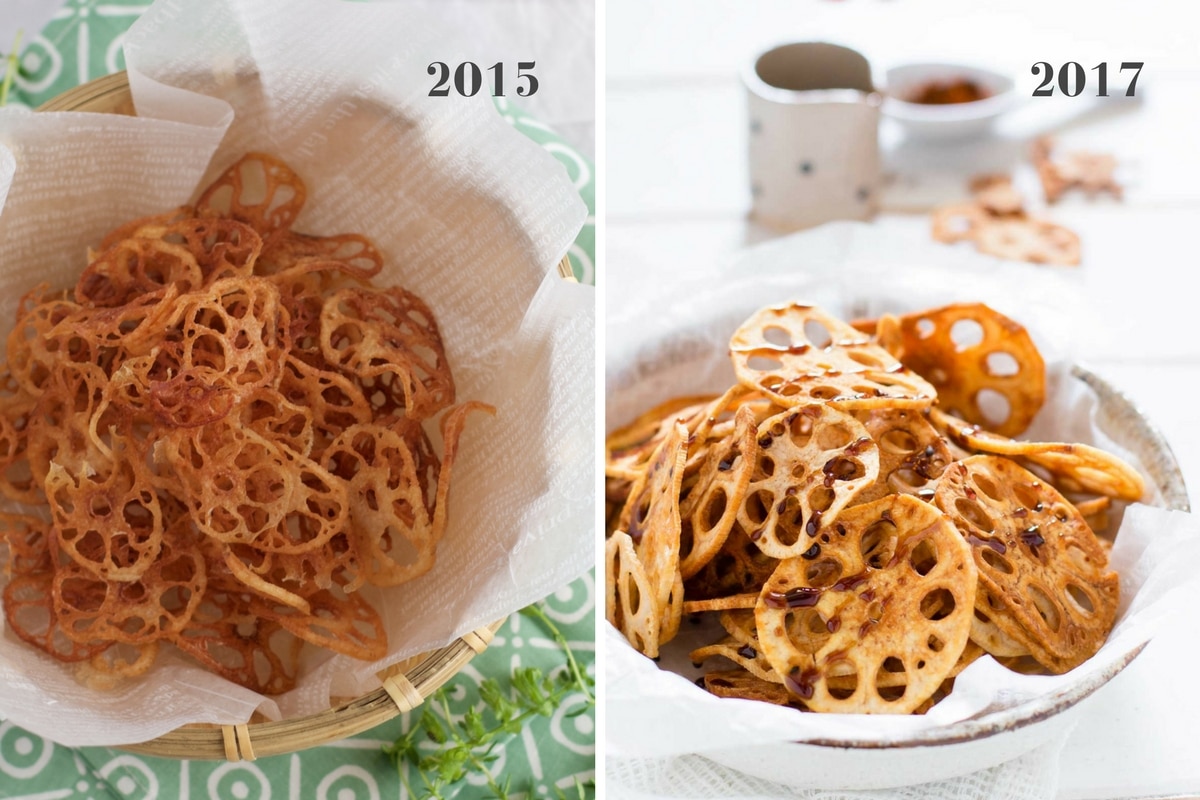 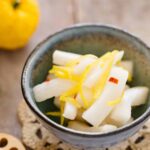 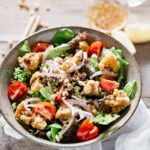 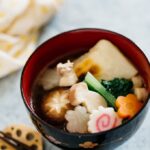 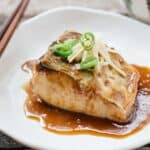 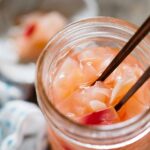