While we were travelling through Amsterdam, Paris and London during 2016, my daughter and her boyfriend asked me if I could make Sushi Donuts. Sushi Donuts have been quite popular in many social media platforms such as Instagram and Pinterest for the last few years.  Somebody (not Japanese, as Sushi donuts were created by someone in Australia, I believe) created Sushi donuts and posted them on Instagram, which went viral. It was unknown in Japan, but because of its social media popularity, Sushi donuts were noticed and gained popularity rapidly in Japan because of their cute look. No wonder it is popular because they are so fun to make! I definitely had a lot of fun decorating my sushi donuts over the weekend. Like me, the typical Japanese woman who is attracted to Kawaii (cute) stuff, Sushi donuts certainly catches Japanese women’s hearts. The other reason that I thought about sharing this recipe is that I was contacted by an Australian company which started to import ‘sea grapes’.  They contacted me, asking if I could use their sea grapes and share it on Chopstick Chronicles. Japanese people use sea grapes in salads, miso soup and sushi. I thought this a great opportunity to share Sushi Donuts using sea grapes, and yes, sea grapes do look like little tiny grapes, as the name suggests. Since salmon roe is quite expensive and I cannot afford it, I thought I could use these cute sea grapes instead, for decoration. 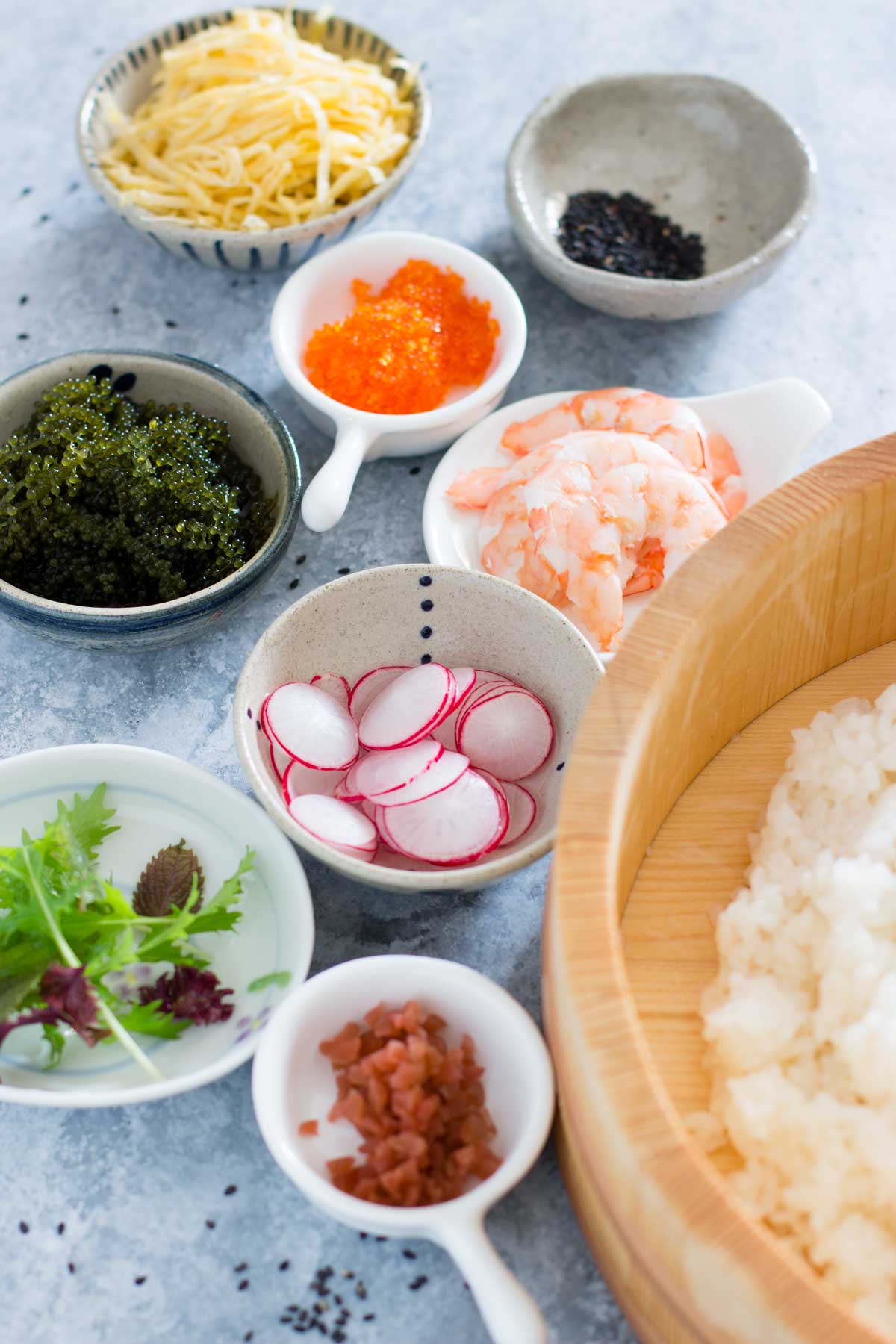 It was fun and fairly easy to make too. Here are some tips from me:

Tip 1: It is easier if you have a silicon mould, because when you take out the sushi, you can push them out from the other side. I only had a solid donut mould for baking, and it did not come out well even when I sprayed on a little bit of olive oil. I placed the toppings at the bottom of the mould, and placed sushi rice on top of them to press and then turn over.  Some of the donuts did not come out clearly and beautifully. I ended up placing cling wrap at the bottom of the mould and pressed just rice, then took them out onto a plate where I decorated with the toppings. 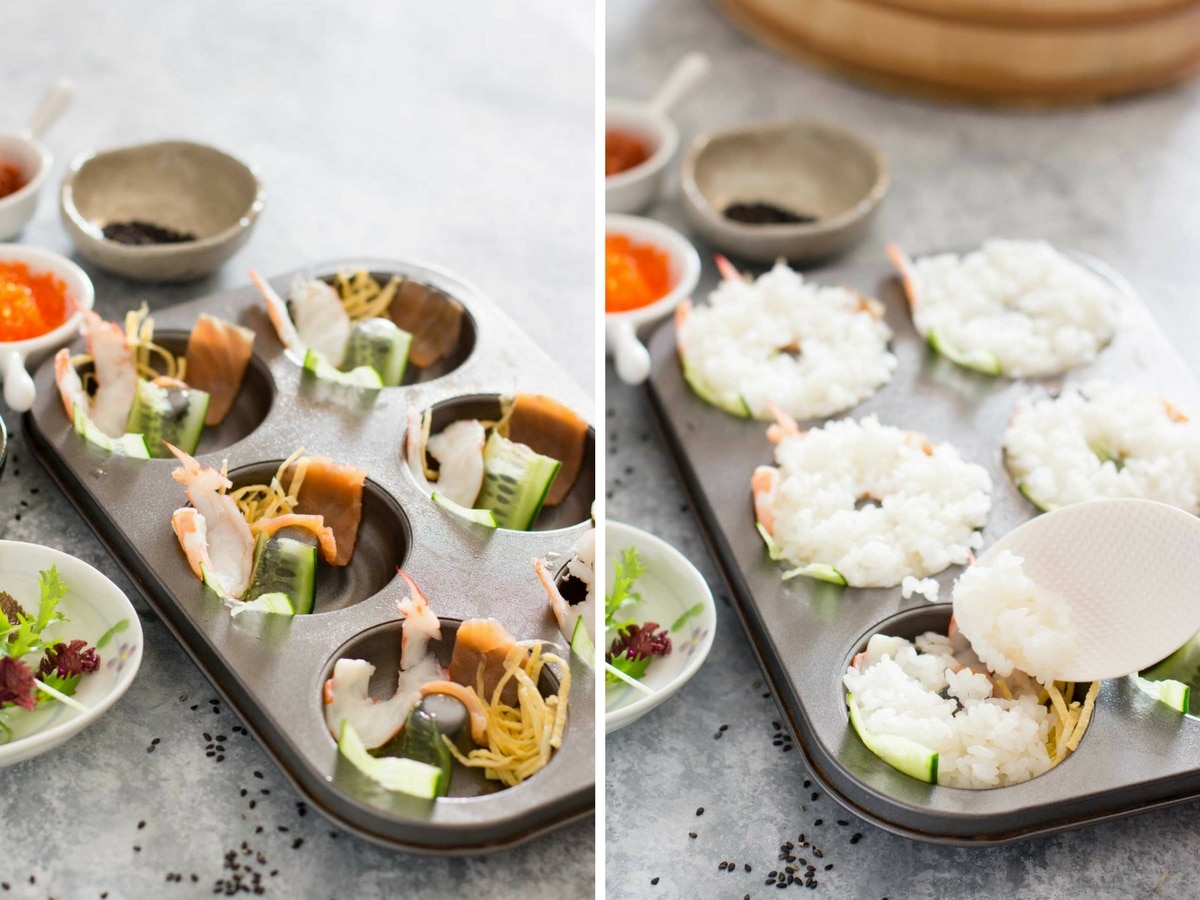 Tip 2: Think about the colour coordination of toppings.  Placing the different coloured toppings next to each other makes these donuts prettier, in my opinion. I prepared Kinshi Tamago (egg strips which are yellow), cucumber, sea grapes and Mizuna (green) prawn, and salmon (pink), black sesame seeds (black), and Umeboshi (pickled plum), which is red. 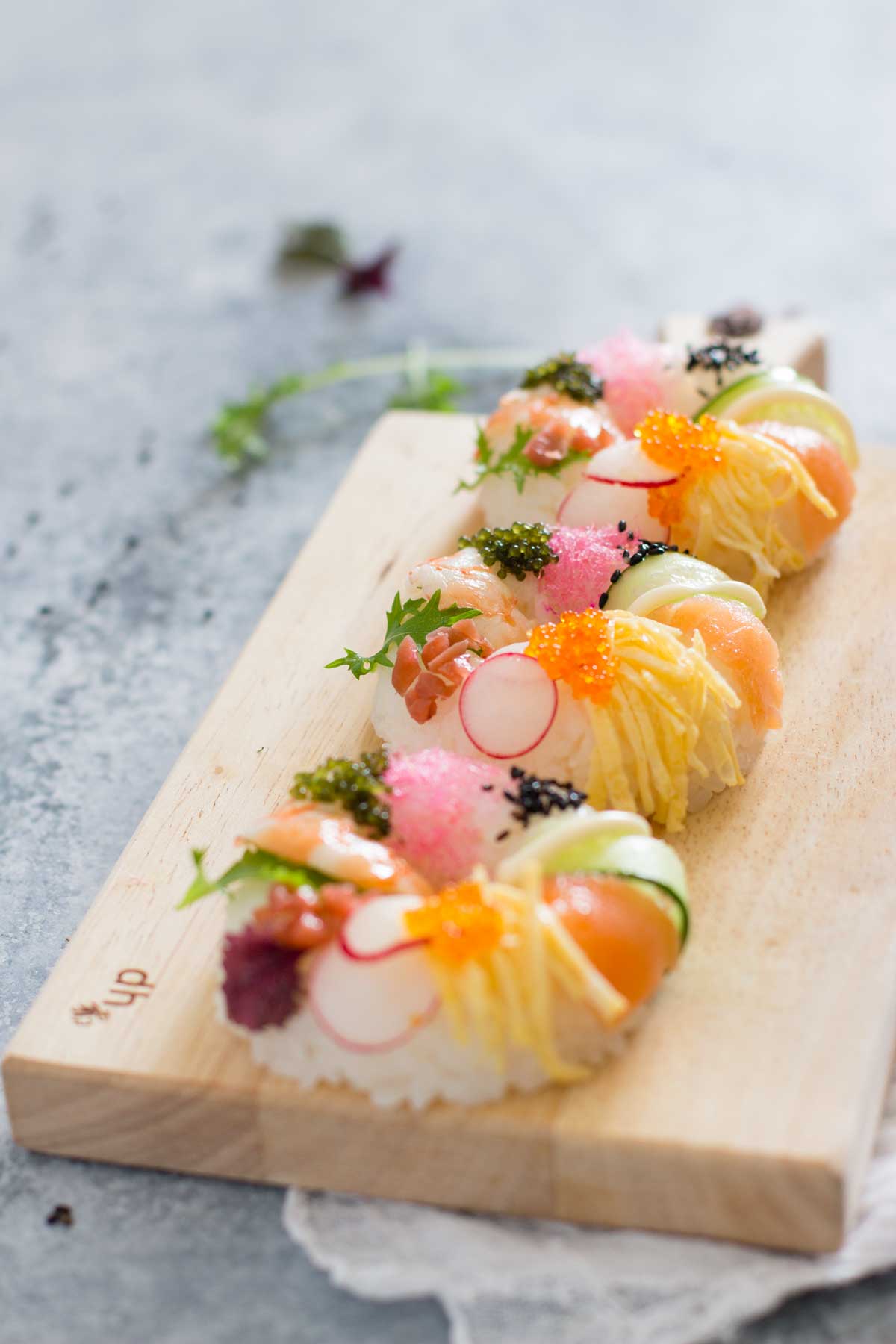