Sushi is my daughter’s favourite food so she constantly asks me to make it for her but I never do, partly because it takes a while and I don’t have time and also because it’s just a pain to have to get out the sushi mat and other equipment to make it. So when I was looking through a Japanese online recipe forum and found un-rolled sushi in a bowl, it inspired me to create what I’m calling, Sushi-In-A-Cup.

It’s an incredibly simple and fast alternative to rolled sushi; plus it solves the dilemma of how time-consuming and irksome it is to make traditional rolled sushi. Hearing about this recipe made my daughter very happy because it finally meant I would make sushi for her. 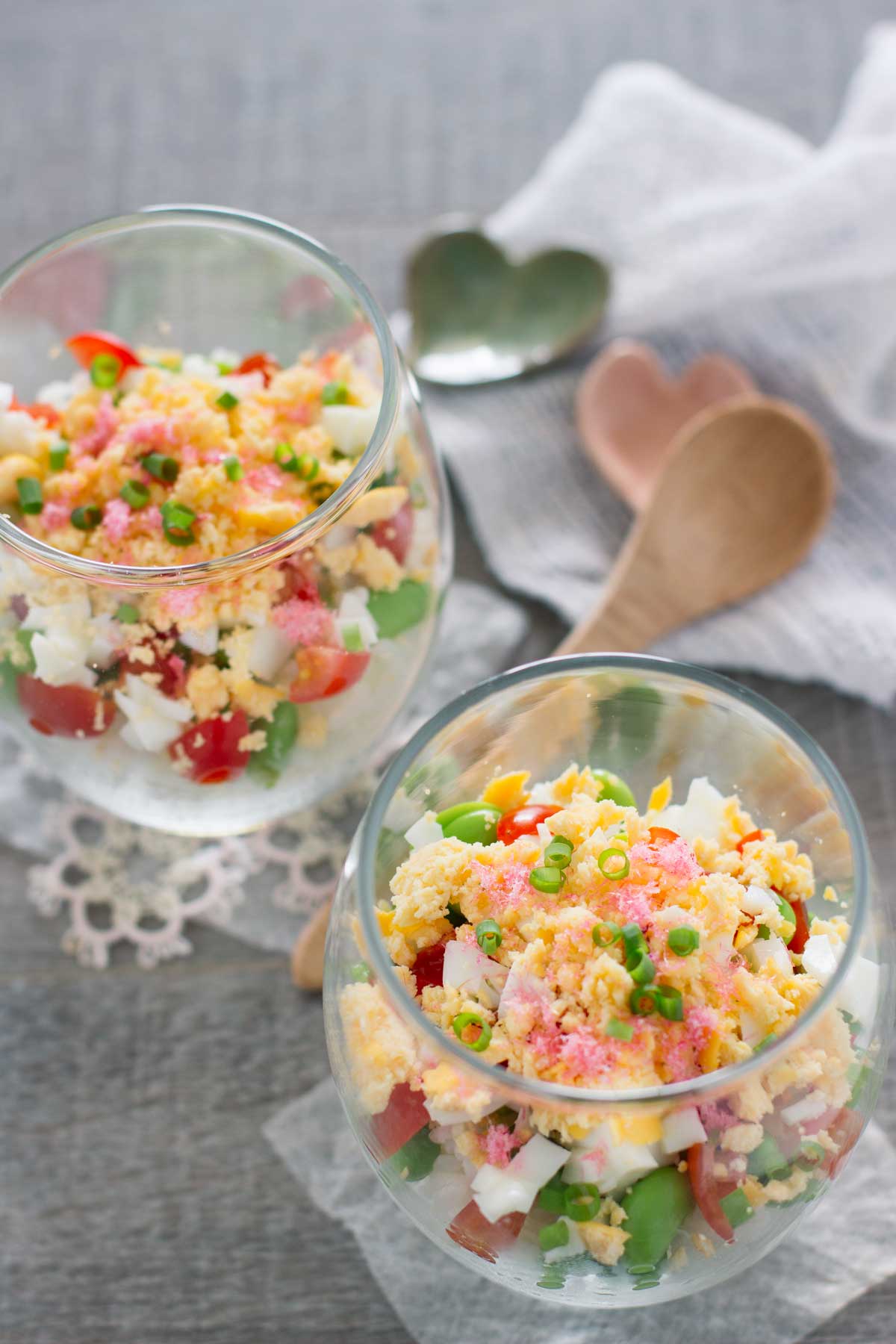 Although I decided to put it in a cup, the recipe itself is not my creation. This recipe is called “Chirashizushi“, which is a type of sushi in Japan where the sushi is scattered rather than rolled, the word “Chirashi” itself means “scatter”. This type of sushi is usually made in a large, slightly curved plate and shared among many people for special occasions. But I decided to shrink down the size and put it in a cup for an individual serving. 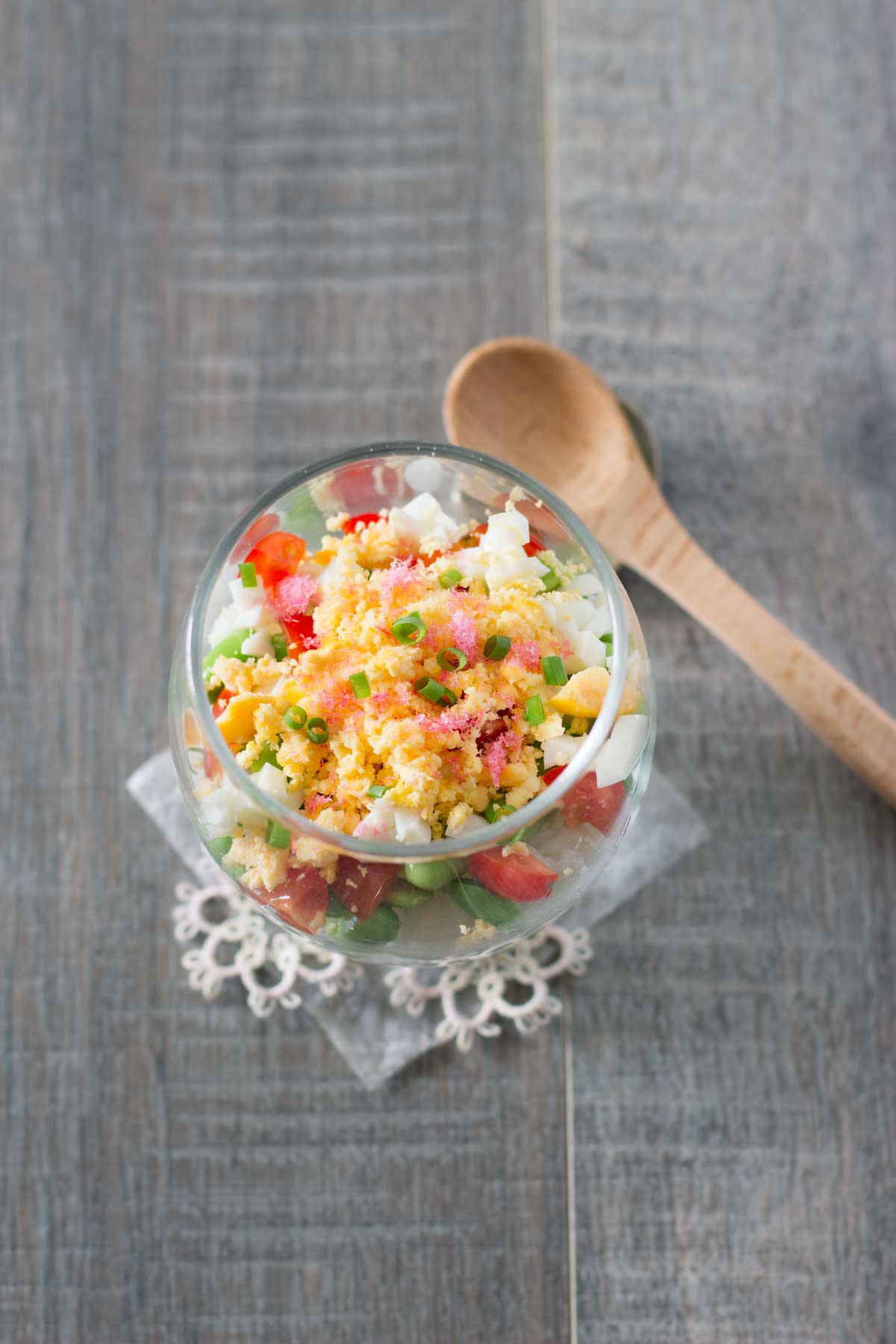 Unlike regular sushi that requires you to evenly spread the rice on a piece of seaweed then roll it together, this recipe only requires the rice to be put in a cup, which makes it so much quicker and easier to make. Once the rice is cooked all you have to do is put some in a cup, throw whatever toppings you want on top, grab a spoon and eat! Absolutely no tools or skills are required to make this, and even though it’s so simple and quick, you can make it look very fancy in a small glass cup and serve it at parties as an appetizer. I decided to use finely chopped boiled egg, edamame, and tomato, and sakura denbu as my toppings but you can use whatever you like. Other alternatives could be teriyaki chicken, canned tuna, imitation crab and smoked salmon, or anything else you can think of! 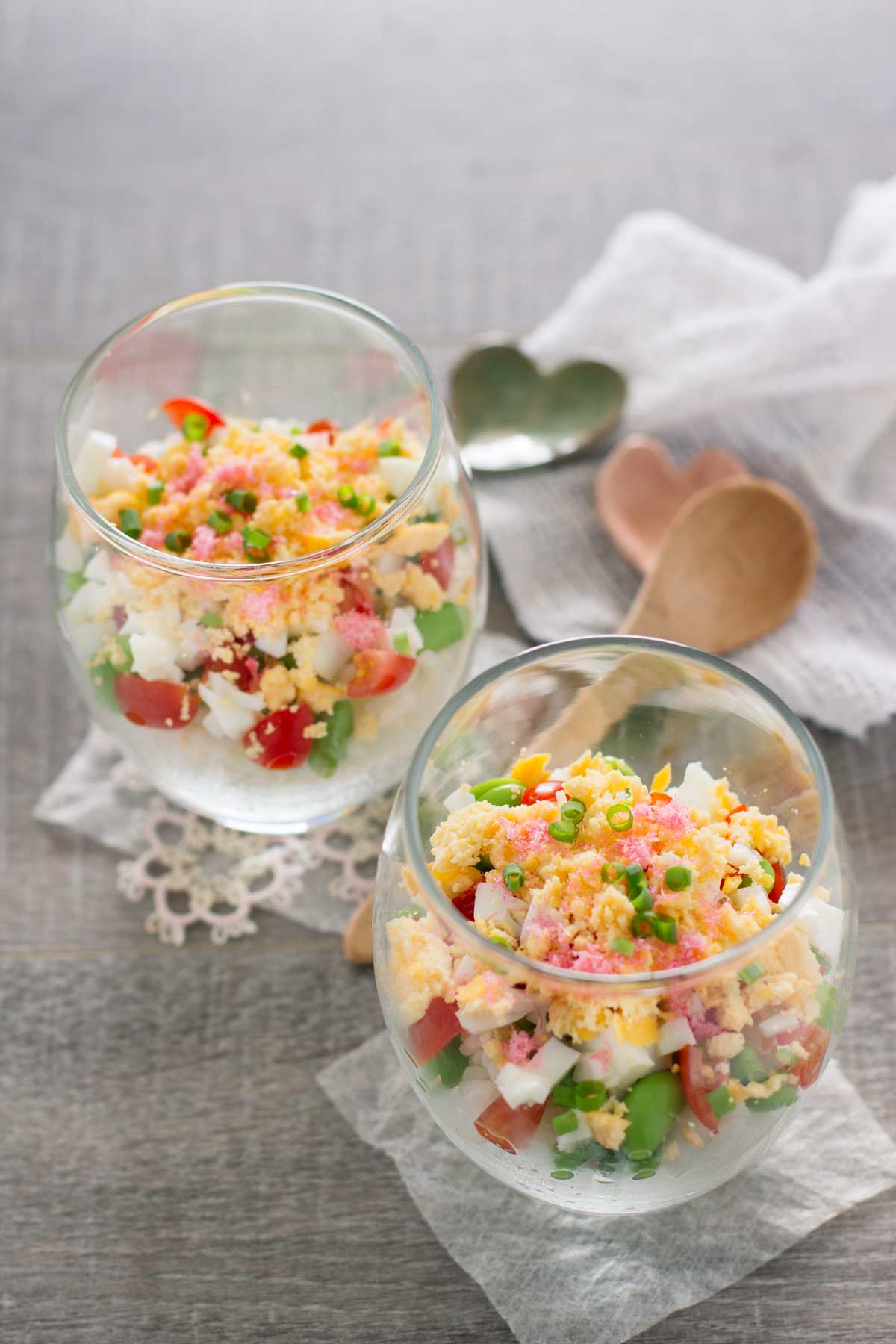 It’s also a great lunch idea since it’s so much easier to eat than regular sushi as it doesn’t fall apart in your hand like sushi rolls do because Chirashizushi already is broken apart in a cup. This recipe is also good for lunches because you can put as much protein and vegetables on top as you like, which makes it very nutritious and very filling. 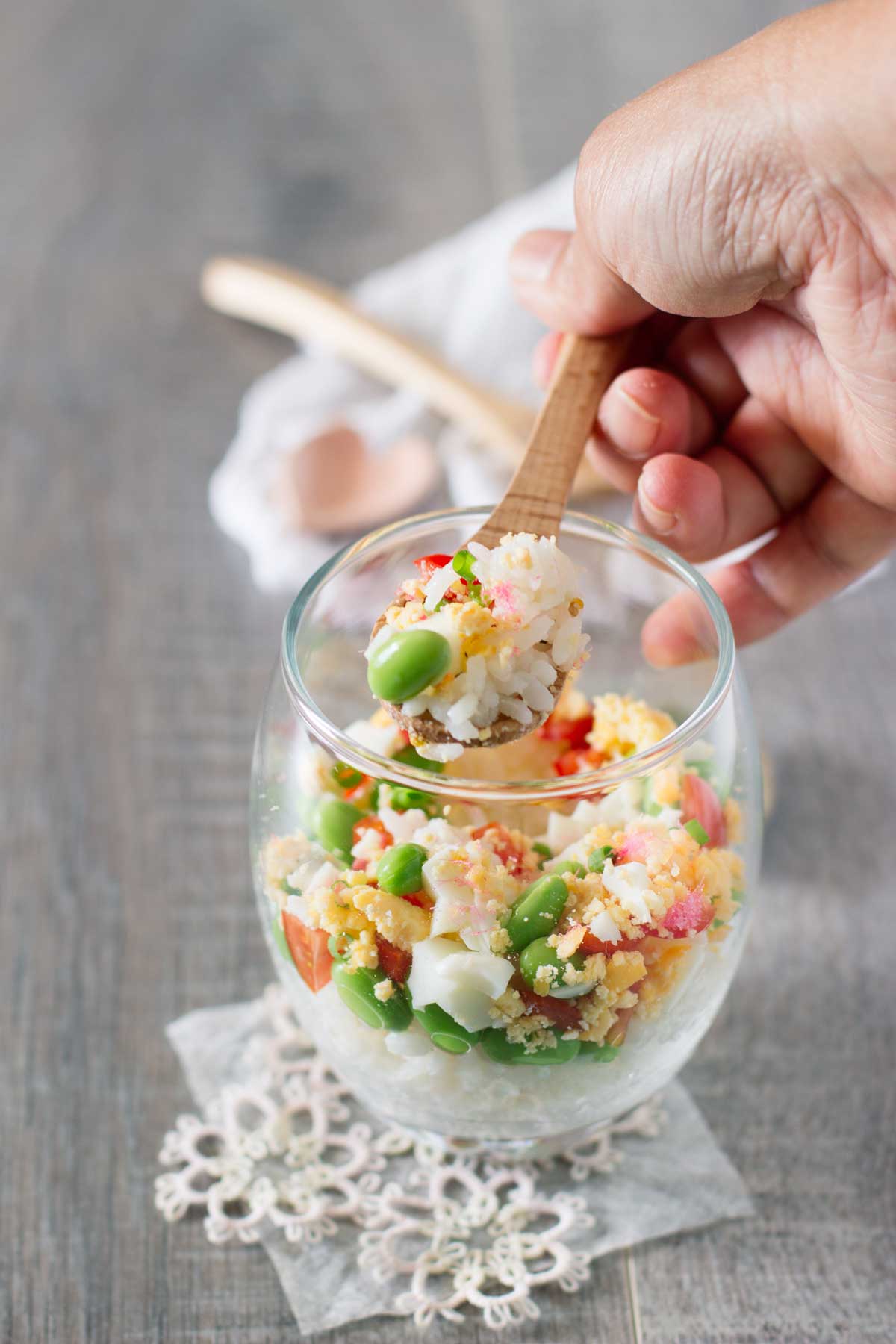 I hope you enjoy making this quicker and easier sushi alternative. Chirashi Zushi is a type of sushi that Japanese people enjoy. It is usually served on a flat plate. Serving in different way certainly catch your eyes.