Home | Recipes | Pantry | Soy Sauce – All You Wanted To Know BUT Were Afraid To Ask! 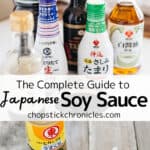 Soy sauce is a staple in Japanese cuisine and an essential ingredient in any Japanese pantry. With its deep flavour, rich aroma, and subtle sweetness, Japanese soy sauce is an all-rounder seasoning that can be used to enhance dishes and bring out the delicious umami flavour. Read on to discover all about what makes this sauce such an important element in Japanese cooking.

What Is Soy Sauce (Shōyu 醤油)

Soy sauce is a liquid fermented seasoning made from soybeans, wheat, salt and fermenting microorganisms. In Japanese, it is called Shoyu and is a staple and essential sauce in Japanese cooking. Shoyu is extensively used as a dipping sauce for sushi, as a marinating seasoning, as a soup base for ramen, and much more. It originated in China and was introduced into Japan during the Kamakura period, however, it was during the Edo period that Japanese people started to use and produce it regularly.

How Is It Made?

Soy sauce is made by steaming soybeans and mixing it together with roasted and crushed wheat and a starter culture to create the soy sauce culture. Brine is then added to this soy sauce culture to create what is known as “moromi”. This is left to brew to ferment and mature to create the unique and wonderful aroma, colour, and flavour. The fermentation process can take a minimum of 6 months, after which the moromi mash can be pressed to obtain the actual sauce. However, it can even take up to 3 years.

Japanese soy sauce (shoyu) are classified into 5 types according to the agricultural standards of Japan (JAS). These 5 types are: (reference; different types)

Soy sauce can vary from region to region but the two most commonly found are either Japanese or Chinese. So what’s the difference? One key difference is that Japanese sauce is brewed with roasted and crushed wheat whereas the Chinese version is made with wheat flour nowadays which creates a difference in flavour. Another difference is that Japanese soy sauce has less sodium and a sweeter flavour palette despite the fact that it doesn’t contain any sugar, unlike the Chinese version which sometimes contains added sweeteners. Chinese dark sauce has a thick texture and is less commonly used than the light sauce which is thin and light in colour and more similar to Japanese dark shoyu sauce.

Where To Get This Ancient Condiment?

Nowadays, soy sauce is basically found everywhere. Nearly every supermarket will stock Japanese shoyu sauce (usually the Kikkoman brand) or you can go to your local Japanese supermarket to find other varieties. Or you can find it online too.

What Can It Be Substituted With?

How To Store Soy Sauce?

Once opened, soy sauce should be stored in a cool, dark place or in the fridge in order to preserve the flavour and colour. If it is exposed directly to air, sunlight or heat, it will turn brown and its flavour will deteriorate.

A: Yes, it contains gluten from the wheat that is used to make it. However, nowadays brands like kikkoman do make gluten free options. 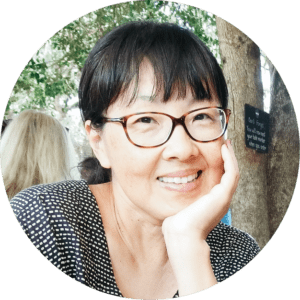 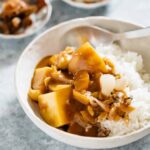 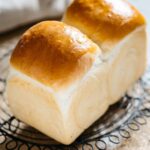 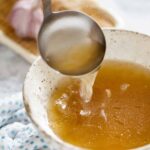 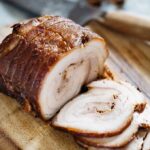 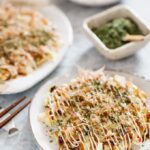 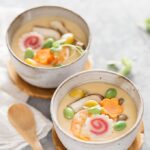