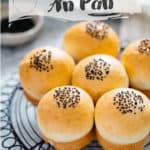 Anpan is soft and moist Japanese milk bread filled with sweet bean paste called “An” or “Anko”. Japanese call bread “pan” which is derived from Portuguese pao or pain (bread). So An-Pan literally means sweet bean bread. It is pronounced An Pan. Japanese people young and elderly love Anpan and every Japanese bakery sell Anpan with their original recipes.

There is an Anpan speciality bakery in Ginza, Tokyo called Kimuraya. It is my favourite Anpan shop. Whenever I go to Tokyo, I make sure I get anpan from this bakery. Their Anpan is made from Sakadane (Sake yeast cultured in koji rice malt) which is so unique to Japan. It would be difficult to attempt this special version, for obtaining the necessary ingredients would not be easy. However, do not despair as there is another way to make Japanese bread deliciously soft and moist.

That is the Yudane method that I mentioned in my Shokupan Japanese Milk Bread Recipe post. Yudane is a mixture of bread flour and boiling hot water. The hot water gelatinises the starch in the flour which takes in more water thus making it soft and also increases the sweetness of the bread. If you are interested in the Yudane method, read more in my Shokupan, Japaneses milk bread post.

Ingredients & Baker’s Percentage for the Bread

Anpan is unique to Japan though most ingredients you should be able to get without much trouble. I also included baker’s percentage in the brackets.

How to Make Anpan Bread?

How to make Anpan Bread from scratch

Depending on which bean you use to make sweet bean paste, you can make different variations of Anpan. Here I made Kuro (black) Anpan and Shiro (white) Anpan. Even though the Kuro anpan looks dark gray, the bean paste is made from red (Aka) or adzuki beans. Shiro anpan paste is made from white beans. Please read how to make each bean pastes in my previous posts. Also, you can add matcha powder to the bread flour to make a matcha version. For both Anpan bread I cooked, I used sesame seeds but often poppy seeds are used too.

A Tip to Shape Your Anpan

They are usually just round buns, though I wanted to make them a little taller and cuter so I used a muffin mold to shape. So when I wrapped the sweet bean paste with bread dough, I placed them in a muffin tin. If you don’t have one, just second proof without putting them in a muffin tin. One important tip I can give you is that when wrapping the bean paste ball, the dough gathers at the top (which becomes the bottom part of bun) and this tends to become thicker. In order to make the dough a uniform thickness, when rolling it out, make the centre part a little thicker than the edge.

What To Have With Anpan?

I recommend having Anpan with Hojicha. Sweet bean paste is really suited for Japanese green tea of any kind. I often have Anpan and Matcha latte as a weekend treat.

Other Japanese Bread Recipes to Check

Q: Can you freeze Anpan?

A: Yes you can. Individually wrap them with cling wrap, and place them in a ziplock freezer bag. It will store in a freezer for a month.

Q: Is Anpan the same as Dorayaki?

A: No, they are not the same. Dorayaki is more like pancakes sandwiching azuki sweet bean paste.

A: No, the bread dough includes cow milk and egg. If you alter those ingredients, you can make a vegan version, but this recipe is not vegan.

*1 Average weight of large egg is 50 g  *2 Azuki Bean Paste recipe and White Bean Paste recipe *3 I used a Kitchenaid brand stand mixer set on speed 4-5. You can also hand knead manually.   *4 Set speed 4-5. *5 You can do the finger window test. The dough should be smooth and elastic.  You would be able to see through your fingers.  *6 If your oven can’t set 86°F (30°C), you can create the environment with a styrofoam box with two cups of hot water in it as the photo indicates in above post)   *7 See the tip in the post for how to roll uniformed thickness bread buns. *8 Or you can place rolled buns in a muffin tin for the second proofing.  *9 The making of sweet bean paste and yudane time is not included in the total time of making Anpan. 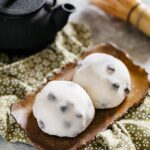 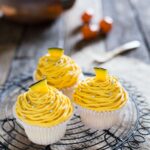 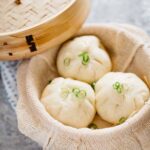 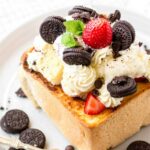 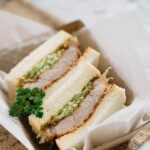 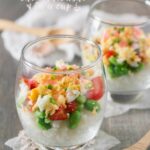 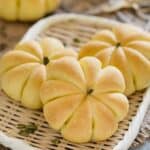 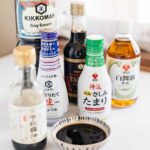