Kinpira Gobo is braised burdock root, sautéed, and then kind of steam pan fried in sake, mirin and soy sauce. It is a Japanese home cooking staple dish. It can be kept in the fridge and is great to add extra veggies to any meal to make it healthier. 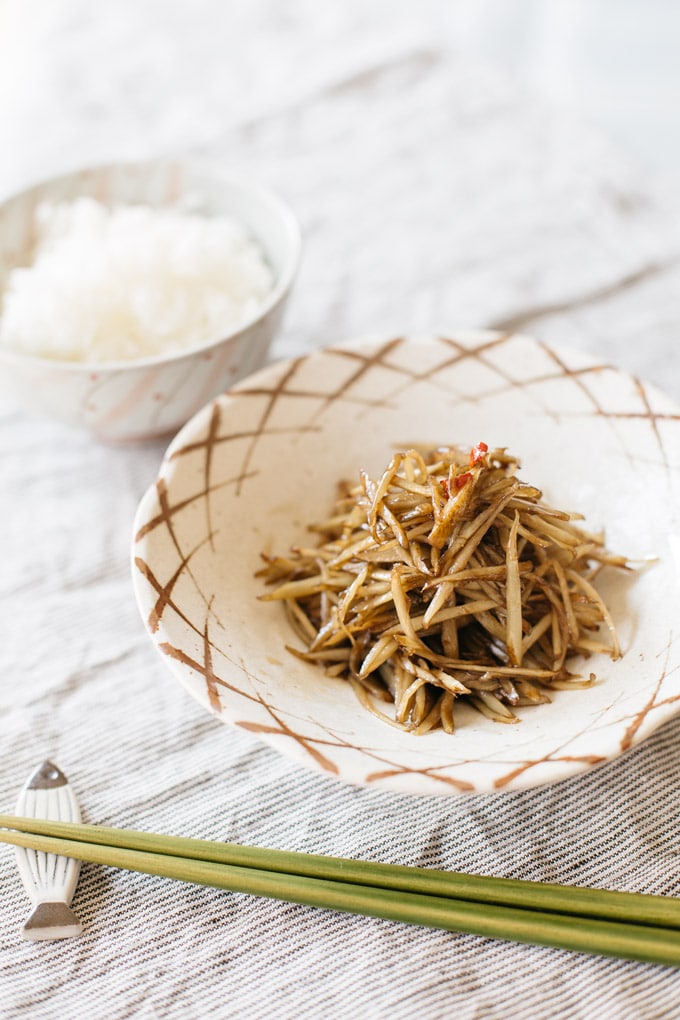 What is Kinpira Gobo? 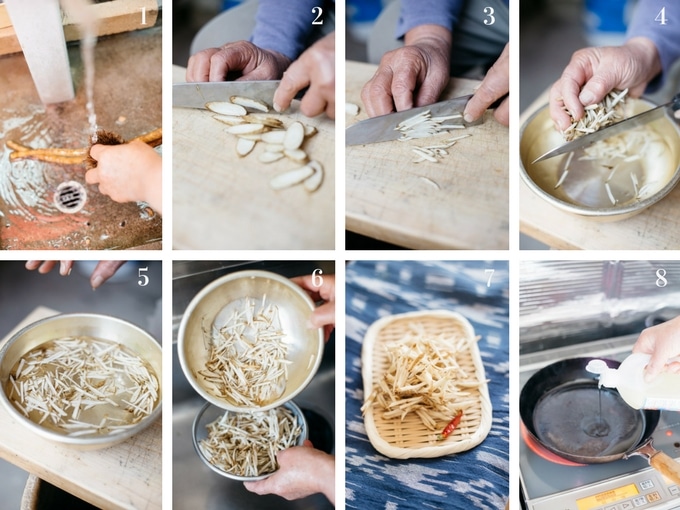 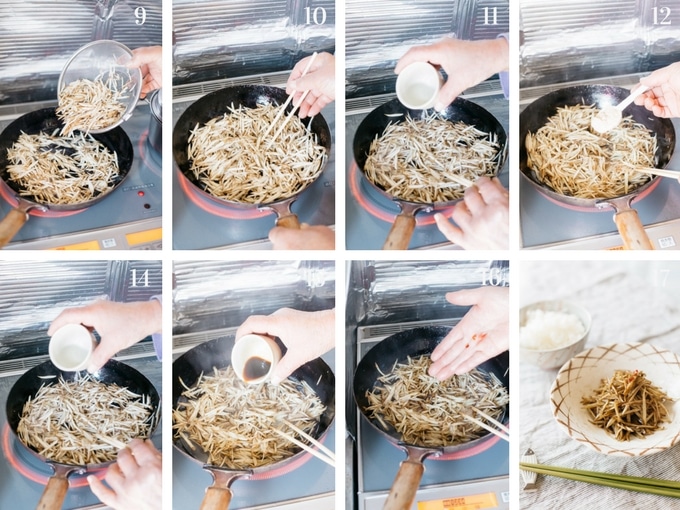 Where do you buy burdock?

In Japan, you can buy fresh burdock from any supermarkets but I have never seen fresh burdock in Australia so far. In Australia, only ready-to-use frozen burdock is available from Japanese or Asian grocery stores. I have been waiting for the opportunity to cook and take photo of authentic and delicious Kinpira Gobo that I can make from fresh Gobo in Japan. 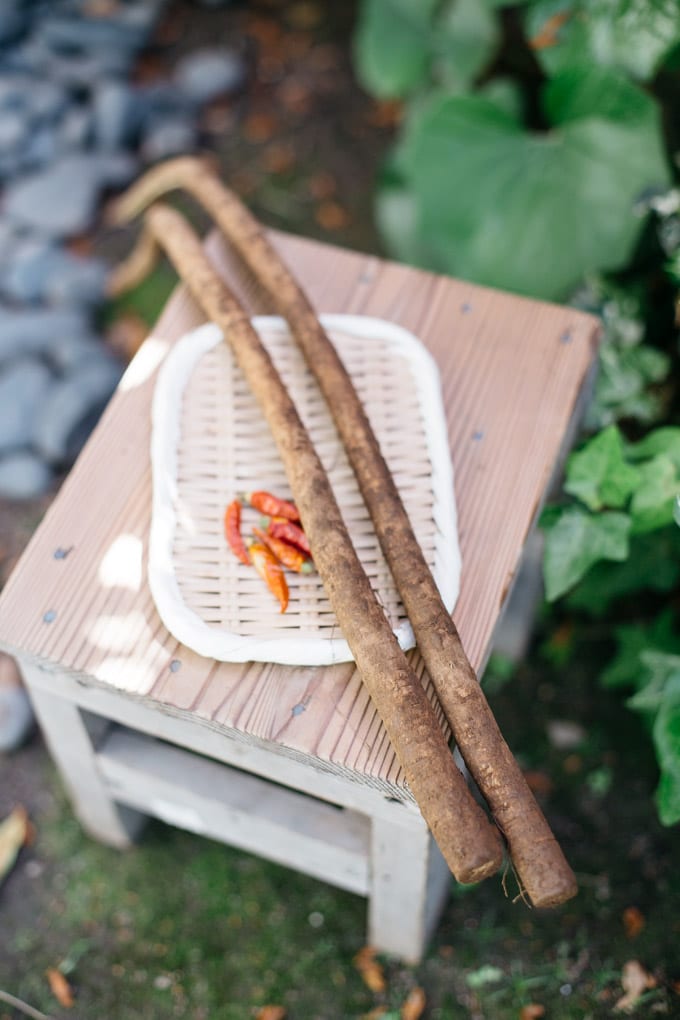 How to prepare burdock?

Gobo burdock has astringent taste so to remove the taste but keep the gobo natural flavour, I recommend to just wash off the soil and clean with a Japanese style scrubbing brush called “Tawashi”
(that you can see it in the photo). Keep the skin of the burdock on. I don’t peel the skin for making Kinpira Gobo. Slice the gobo diagonally then cut it to make match sticks like shape.  Soak them in a bowl of water with a little bit of vinegar for about 15 minutes to remove the astringency of Gobo burdock root. Just wash off soil. Peeling is unnecessary as it remove Gobo flavour as well. I like sweet Kinpira so I add plenty of sugar but if you like savoury flavour, reduce the amount of sugar. Sugar can be replaced with rice malt syrup, maple syrup and honey. If you like more spiciness, add more chilli or sprinkle like shichimi or ichimi togarashi. Ichimi is Japanese chilli powder, and shichimi is seven spice mixed chilli powder. Any meat can be add such as thinly sliced beef, pork and chicken etc.