Kuri Chestnuts Sekihan is my father and my son’s favourite rice dish. There are various Autumn flavours that Japanese people enjoy. Kuri(chestnuts) is by far my favourite autumn flavour of Japan. Now Kuri (chestnuts) are in season in Australia!  I now see Kuri at major supermarkets and many fruit and veggie shop. I get excited to see chestnuts because chestnuts remind me of all the delicious Japanese sweets, such as “Montblanc cake“, “Dorayaki” and “Kuri-Kinton” etc! I saw a 1kg bag of big chestnuts at a fruit and veggie shop but was a little reluctant to buy a 1kg bag even though I love chestnuts because so far I have been disappointed to find out that chestnuts were worm-eaten after cooked them in Australia. So I was little worried to spend A$12 for a bag of chestnuts to find out they are not good to eat. But then I found big round chestnuts sold by weight at a Woolworths so I bought 12 individual chestnuts. 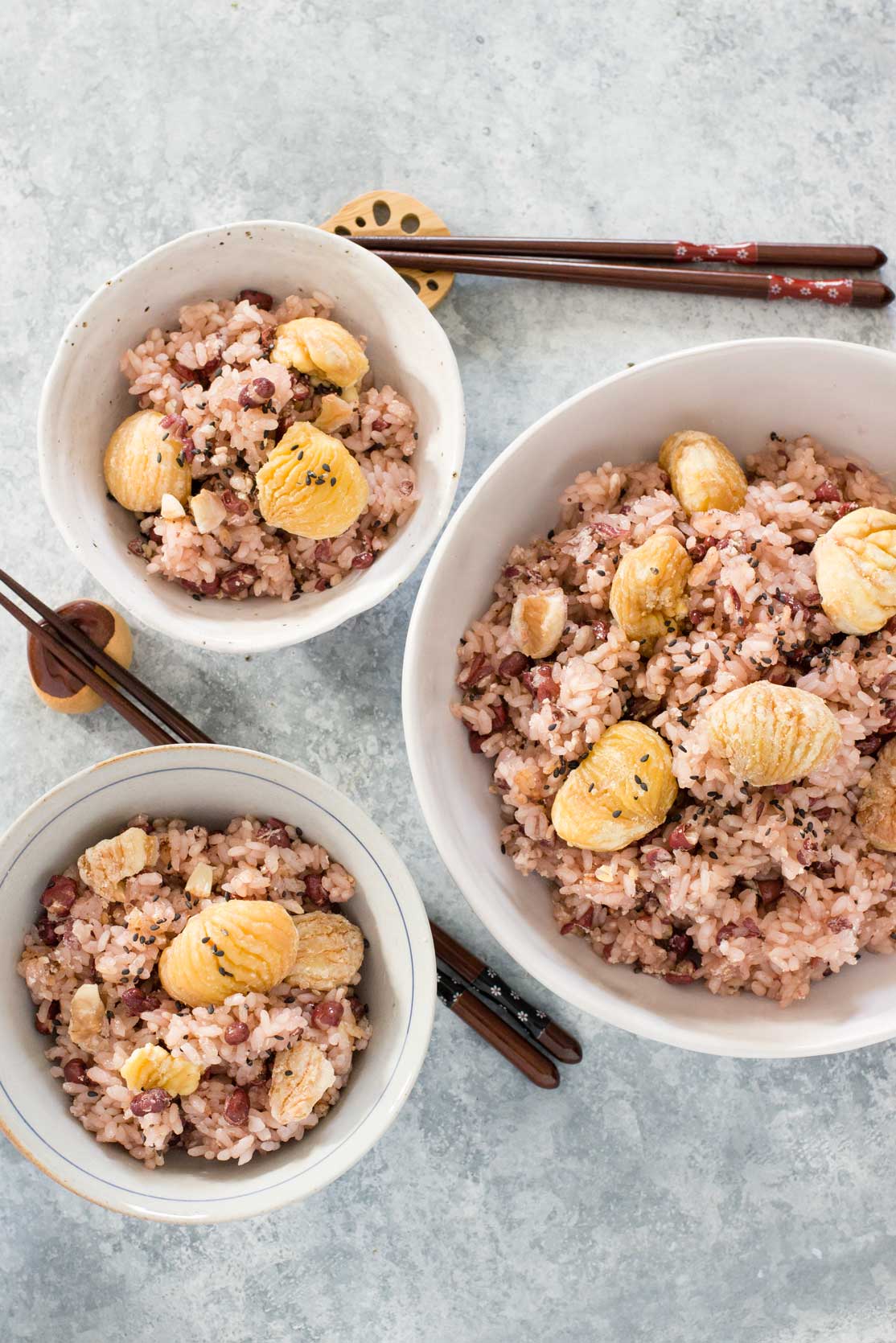 I do whatever it takes to eat beautifully peeled and cooked plain chestnuts and it took me a long time to peel them. It took me about 1 hour to peel 12 chestnuts altogether…..sigh. It was kind of fun part though when I was a child to compete with my two sisters who can peel perfect chestnuts. We took forever to peel it and eat them in one gobble. Picking up chestnuts and cooking the fresh chestnuts was a fun activity I used to enjoy in Japan.  But, I thought ” hmmmm, even though Kuri chestnuts Sekihan is delicious, will people bother to make this much effort?? So I researched the easier way to remove the outer hard shell and astringent skin of the chestnuts. 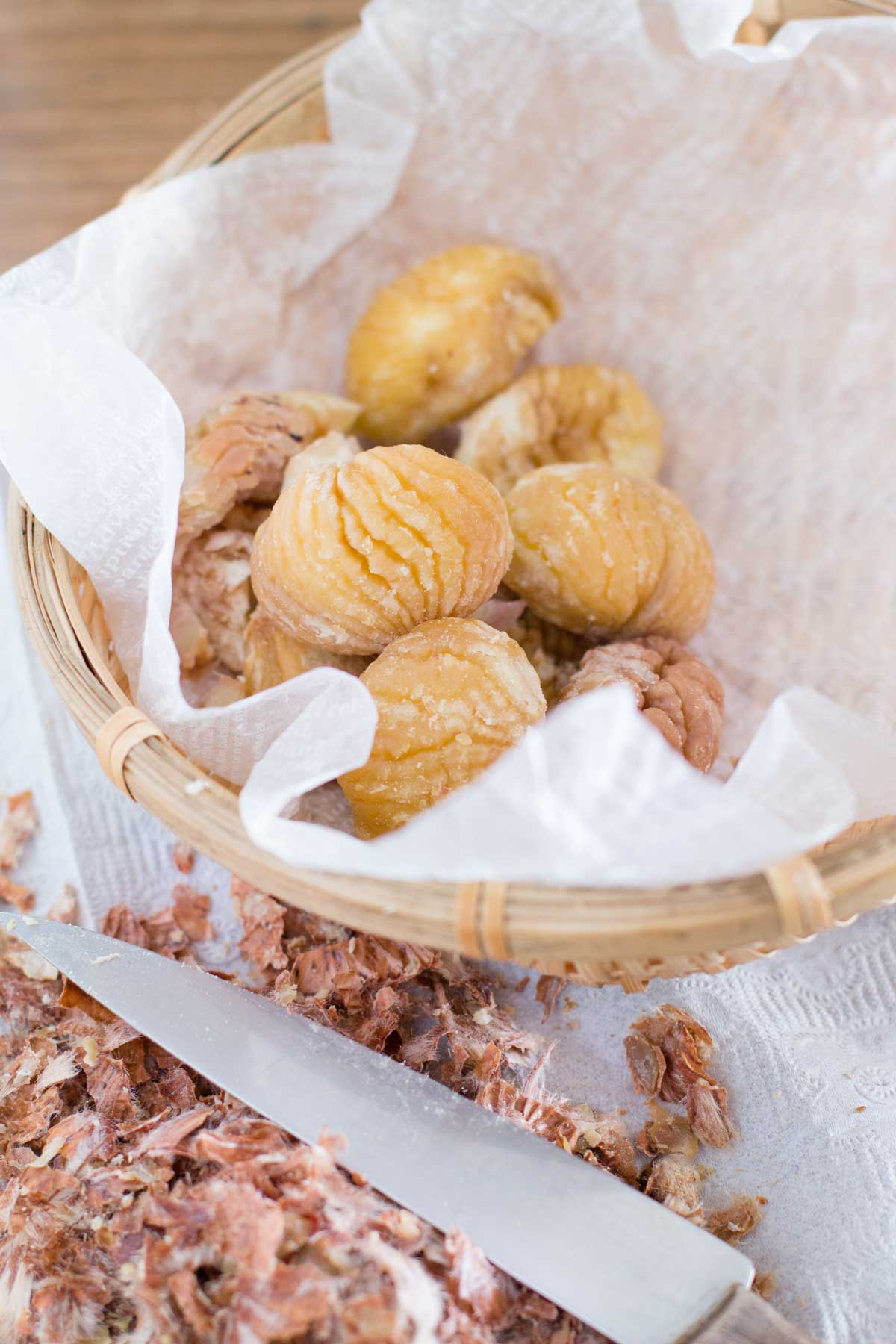 I used to just put them in a saucepan with enough water and a pinch of salt and boil it for about 15 minutes. Then drain the water and peel both the hard outer shell and astringent skin, which often damages my nails. Now I found that it is easier to remove the outer shell and soak the chestnuts in water overnight before it is cooked. By next morning, the skin becomes soft and can be easily removed. Because I did not know this method, it took me just over one hour to prepare the chestnuts but it is totally worth it in my opinion. 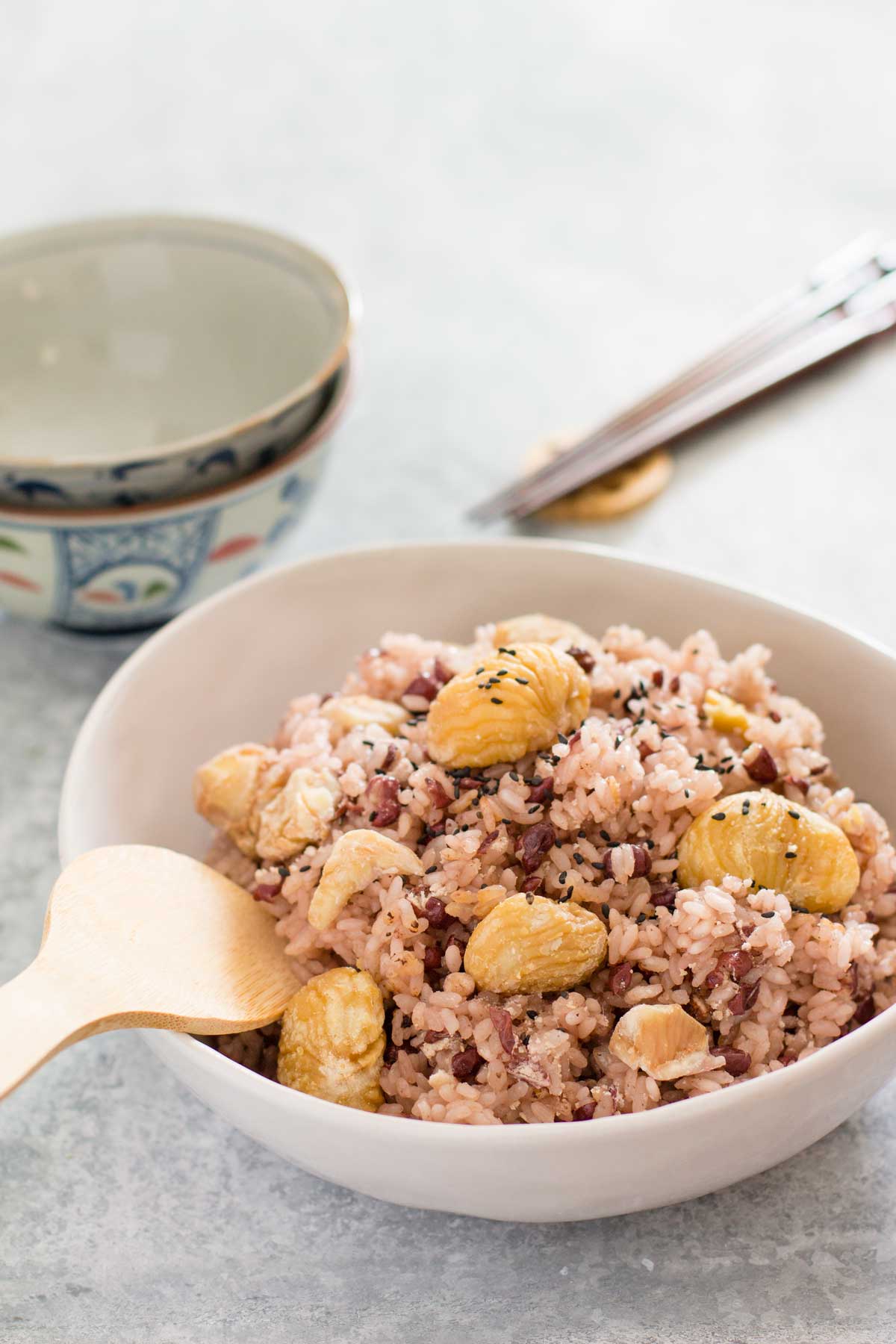 Sekihan is usually consumed or used for special occasions such as festivals, birthdays, and other celebrations because of its reddish colour. Sekihan literally means red(seki)-rice(han). Azuki beans are used to make the rice colour red.  The rice usually used to make this rice dish is called “mochi rice” or “glutinous rice”. It is different and very sticky rice from the rice we eat at every meal. It is the type of rice used to make “mochi”, the sticky rice cake. I buy the rice from the local Japanese grocery stores and if there is not any Asian grocery stores nearby where you live, you can purchase it online from the Chopstick Chronicles Shop page. I used my Fisler brand pressure cooker because it is quicker and easier to make this dish with a pressure cooker than to steam it. If you don’t have a pressure cooker, of course, you can steam it too. It just takes a bit longer but I guarantee, both ways,  Kuri chestnuts Sekihan is delicious! 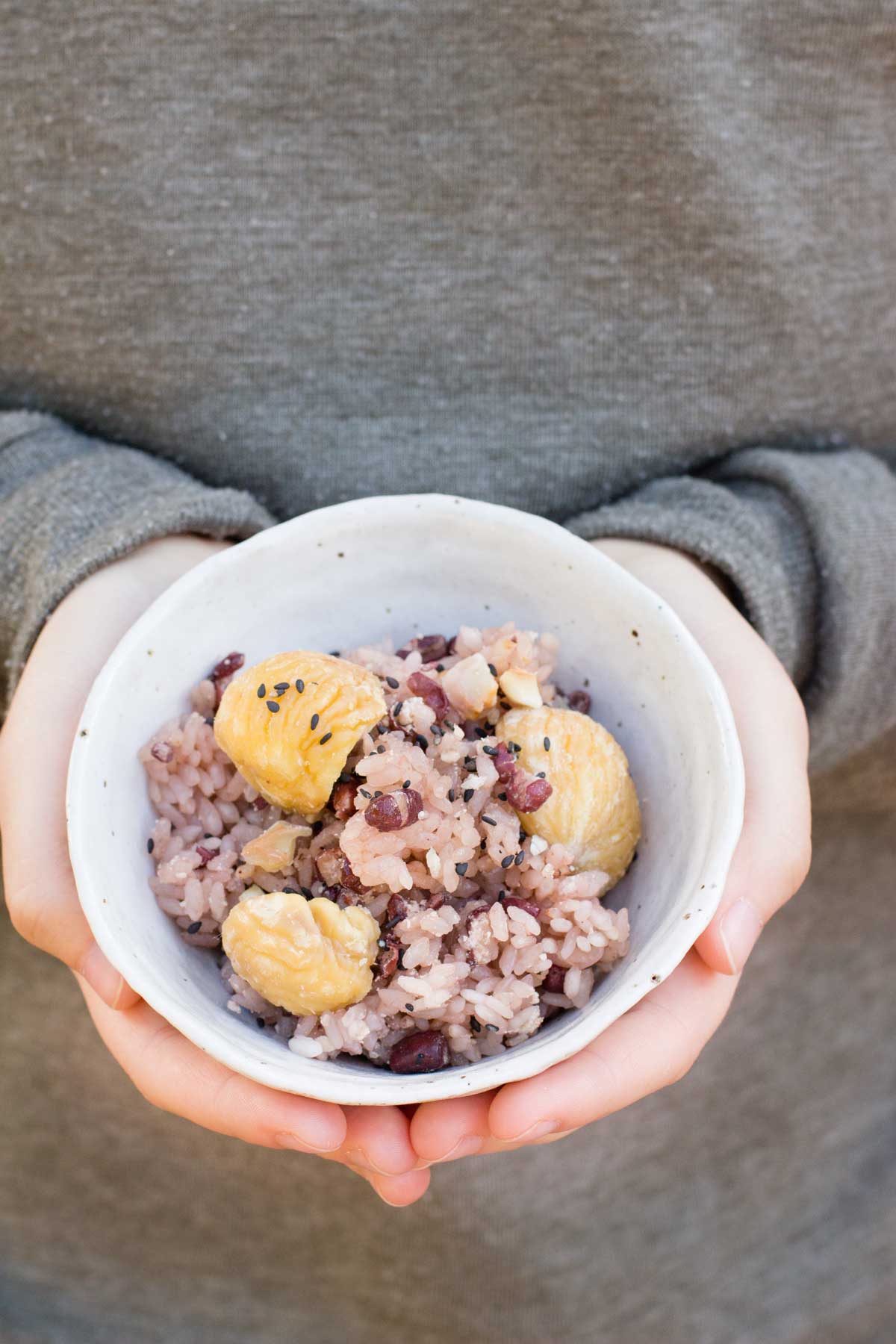 Soaking the chestnuts overnight time is not included in prep and cooking time.